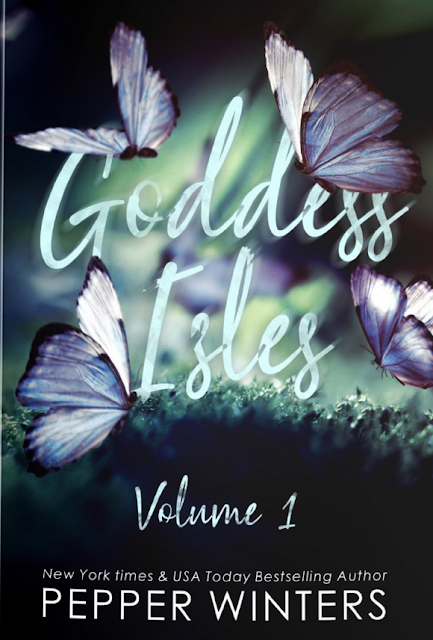 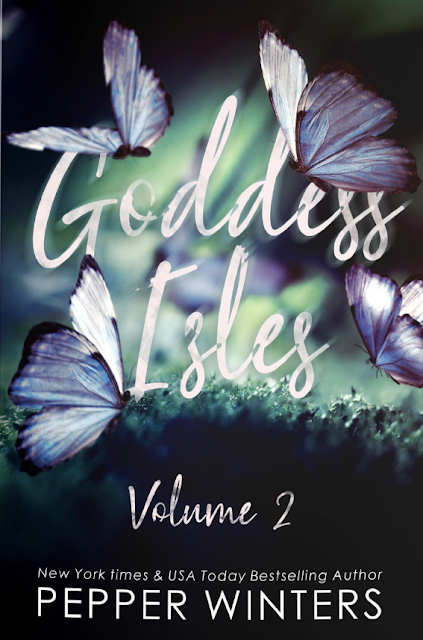 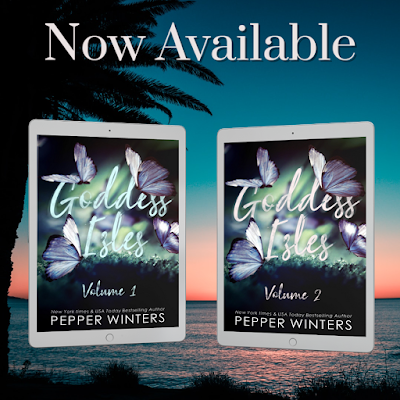 Snippet from Once a Myth:
Her bare feet sank into the crystal sugar sand. Her breakable fingers fluttered once by her sides as if she fought the urge to curl them. Her head tilted, cascading incredibly long, tangled hair over her shoulder.
Knotty and dull, the length was a distraction from the otherwise pleasing features of her face. Pixy chin, high cheekbones, smoky grey eyes, and eyebrows that slashed across her smooth brow with temper and seething refinement.
F*ck, the price I could charge for a night with her.
Even straight out of her abduction, with shadows smudging her beauty from travel, rope burn around her neck, tattooed barcode on her wrist, and bruises marking her otherwise perfect skin from her punishments, she was a f*cking natural-born immortal.
Raw and untouched, she bristled with injustice and courage. She could be Artemis’s reincarnation or perhaps Aphrodite’s twin.
She didn’t need to be turned into a goddess, she was one.
One I very much wanted to yank from the stars and slander with every debasing, demeaning, and downright disgusting act I could think of.
The kick of interest turned into a lick of lust.
I’d never sampled my stock. I didn’t play with the toys my customers paid for.
But her…f*ck, I was tempted.
Sorely, deliciously tempted.
Our eyes locked, grey to blue.
My island, my pride and joy and deliverer of fantasies, vanished behind a suffocating void. There was no parrot chatter. No jasmine breeze. No lapping waves.
There was just her.
The dark-haired, coldly judging, queenly, impenetrable girl.
My lust thickened, coiling from my belly to my c*ck.
I curled my hands, fighting my body’s reaction to swell, to heat, to crave this innocent consort.
And then, she moved of her own accord.
Not away from me, but toward me.
My legs locked, my body turned rigid, my heartbeat increased into a steady pound of hunger.
She stopped with a metre between us. The grey jumper she wore hid her body, but it couldn’t belie that beneath the fabric was yet more wonder. Shapes and sinew. Curves and caverns. A girl who was grace and elegance.
“Are you him?”
F*ck, her voice.
Low pitched but soft. Husky but feminine.
Sh*t, her lips.
Naturally peach with a stung bottom fullness and shapely bow. Everything about her mouth was made for sucking a man’s c*ck and granting him every pleasure he requested.
My suit became tight.
My blood hissed into my trousers, adding pressure to my throbbing erection, reminding me it’d been a f*cking age since I’d stuck that part of myself into another. Since I’d stopped indulging in my own fantasies to focus on delivering them to others. Since I’d become disillusioned with the idea of f*cking an immortal. Since my illusions had skipped the binds of reality and ensured sex with normal could never compete with the soul-quaking f*cking of a siren or angel.
Well, hadn’t my dreams just been f*cking granted?
What was she? Who was she? Where in the g*dd*mn hell had she come from?
Those traffickers deserved a raise. A bonus. A place in eternal paradise for delivering her.
She’s mine.
Bought and paid for.
I swallowed hard, battling the undeniable black satisfaction that gave me.
I didn’t have to rent her for a night.
I didn’t have to give her back after I came deep inside her.
She was mine.
All mine.
MEET PEPPER WINTERS:
Pepper currently has thirty-one books released in nine languages. She’s hit best-seller lists (USA Today, New York Times, and Wall Street Journal) thirty-seven times. She dabbles in multiple genres, ranging from Dark Romance to Coming of Age.
After chasing her dreams to become a full-time writer, Pepper has earned recognition with awards for best Dark Romance, best BDSM Series, and best Hero. She’s an #1 iBooks bestseller, along with #1 in Erotic Romance, Romantic Suspense, Contemporary, and Erotica Thriller. She’s also honoured to wear the IndieReader Badge for being a Top 10 Indie Bestseller.
After releasing two books with Grand Central, Hachette (Ruin & Rule and Sin & Suffer) Pepper is a Hybrid Author of both Traditional and Self-published work.
For all film and foreign rights please contact Erica Silverman at Trident Media.
CONNECT WITH PEPPER WINTERS:
Website: www.pepperwinters.com
Newsletter: https://pepperwinters.com/sign-up-to-pepper-winters-newsletter/
Facebook: https://www.facebook.com/pepperwintersbooks/
Instagram: https://www.instagram.com/pepperwinters/
Twitter: https://twitter.com/PepperWinters
Goodreads: https://bit.ly/3gosqze
BookBub: https://www.bookbub.com/authors/pepper-winters
Amazon Author Page: https://amzn.to/2ZD18OQ
Posted by Crni biser at 04:22