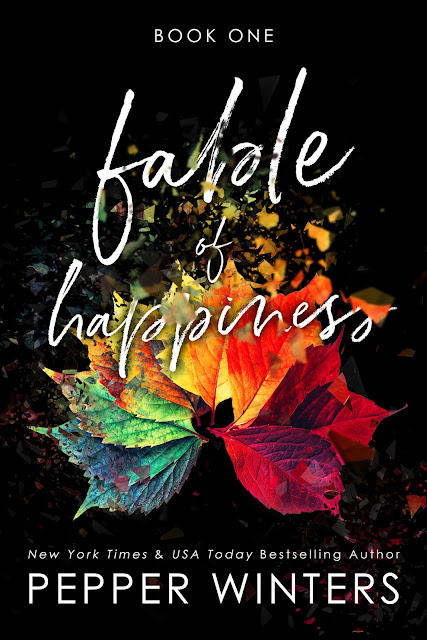 Release Date: 2021. Exact date to be confirmed.
Goodreads: http://bit.ly/3ajm8Ry
Release Alert Newsletter: https://www.subscribepage.com/www.pepperwinters.com
BLURB:
It’s the start of something huge.
From New York Times Bestseller, Pepper Winters, comes a new Dark Romance full of decadent angst, monstrous heroes, and pages chock-full of lust.
A house hidden in the middle of nowhere.
A man who’s lived alone for a decade.
A woman who trespasses on his solitude.
A love full of hate as well as hunger.
The thing about my life is...I was never in control of it.
I just I thought I was.
I thought I had everything figured out—a good career, fun hobbies, a bright future, but everything changed when I found an ivy-cloaked house, tucked in a forgotten valley, hiding the man who would corrupt my world forever.
I thought I was successful, until he showed me fortune and happiness could be snatched away in an instant.
I believed I was blessed, but really, I was cursed.
Cursed to become a plaything for a monster.
Cursed to become a prisoner just because I trespassed.
Now, I know nothing.
I am nothing.
I’m just his.
ADVANCE REVIEWS:
Holy S*** - Rowan
It’s heartbreaking but soooooo good - Effie
This story is such an emotional rollercoaster!!! Phenomenal. I could feel all the emotions! - Melissa
It’s been a long time since I was this excited over a book! - Rochelle
ABOUT THE AUTHOR:
Pepper currently has thirty-one books released in nine languages. She’s hit best-seller lists (USA Today, New York Times, and Wall Street Journal) thirty-seven times. She dabbles in multiple genres, ranging from Dark Romance to Coming of Age.
If you fancy something dark and twisted, full of spice and lust, check out the list of her books here: https://pepperwinters.com/all-books/
She currently has 3 FREE full length books (all deliciously dark and romantic) and ready to be read now! Click to claim a copy: https://pepperwinters.com/free-books/
Sign up to her newsletter for release alerts for Fable of Happiness: https://www.subscribepage.com/www.pepperwinters.com
Posted by Crni biser at 00:40